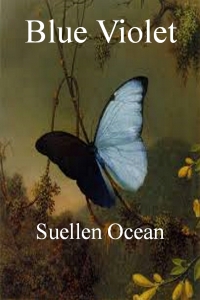 I was looking in the dictionary and I ran across listings for Dutch this… Dutch that… It stopped me in my tracks. It’ll stop you too… right? Here are the entries:

Dutch means Hollandish. It is also slang for German or Germanic. “Of or pertaining to the Netherlands or its inhabitants.” “Characteristic of the Dutch or their language.” Have you ever seen a black cow with a broad band of white around the middle of its body? That’s a Dutch Belted cow. Ever eaten Dutch cheese? It’s a small, round, hard cheese made from skim milk. But after a semi-colon it says “also cottage cheese.” That’s odd, cottage cheese is not hard, it’s runny. Oh well… we move on to Dutch courage. It means, “it’s the alcohol talking.” In other words, courage due to intoxicants. Too much to drink? Then out the door! Dutch door. A door divided horizontally, so that the lower part can be shut while the upper remains open. My horse has one of those and I love it. He’s so cute the way he hangs his head out the door. Even sick trees get the Dutch moniker in the form of Dutch elm disease. It makes the leaves yellow due to a fungus and can kill the tree. How about Dutch foil? Ever heard of that? Or Dutch leaf or Dutch gold? It’s copper or a copper alloy beaten into thin sheets. The Hollanders use it to decorate toys and paper. Those Hollanders are also known as Dutchmen. Yes, a Dutchman is a native of the Netherlands but it is also used to describe a Dutch vessel, and in carpentry and machinery a Dutchman is an odd piece inserted to fill an opening, hide a defect, or strengthen a weak part. That probably comes about because of the dikes the Dutch made to strengthen their land. Even flowers have a Dutch name. The Dutchman’s breeches is a flowering herb, with white or cream-colored flowers. Another flower also shares the Dutch title; Dutchman’s pipe. A vine that blooms early in the summer, the flowers curve like the bowl of a pipe. And then there’s the world renowned Dutch oven, which refers to the tin screen for roasting before an open fire or a shallow iron kettle for baking with a rimmed cover to hold burning coals. A brick oven also bears the name. The brick walls of a Dutch oven are preheated with a fire. The food is cooked, not by the fire but by the hot walls. Dutch treat, we all know that. That is when each person pays for himself. And last but not least, the Dutch uncle. I had no idea he was so mean. It means one who admonishes or reprimands with great severity and directness, a severe mentor.  Suellen Ocean is the author of many books on diverse topics. Her books are available here: